no consumer review so far - Write your own review now.

What is your experience with DDP Yoga?

As we mentioned earlier, the guy behind this project used to be a wrestler, and he’s made good money out of this program. $1 million in the first week to be precise. It was featured on ABC’s Shark Tank, and although it didn’t raise any money, it did get plenty of attention.

The real story behind his beginning? His ex-wife Kimberly showed him yoga exercises after he got injured. Seeing all the issues that guys have while practicing yoga, he came up with his very own routine and style. It is half yoga and half fitness, allowing you to set your own preferred pace.

The program itself is considered to be a fair offer, which we will discuss further in the article. The real question – does this program really work? We heard a lot of stories about people losing anywhere from 30 to 60 pounds a year. This made us curious. Read this article that our team prepared for you, and you won’t have to spend hours researching.

So if getting yoga classes from an ex-wrestler wasn’t weird enough, he also promises to give you rock hard abs and a shredded body. He promises workouts that should be possible even for people with bad knees, as he claims on twitter.

On the spiritual side, the course promises “motivation to own your life.” While we do agree with the saying – healthy body healthy mind, we still weren’t quite sure if Yoga DDP delivers. We have to admit – it was really inspirational reading all the success stories and claims from people that have lost 60lbs or near in one year, like this lady.

Our team takes claims like these seriously, so we felt the need to dig deeper and explore this service. Keep on reading to discover what we found.

How does Yoga DDP work?

The technique includes the plank position, a lot of flexing, stretching, and something called “dynamic resistance”. You use only the movement of your body to create resistance. The moves incorporated into his programs are very similar to fitness moves.

The workouts last from 12 minutes up to an hour, depending on what you choose. Expect to spend around half an hour for most of them. The names of the programs include: Below the Belt, Diamond Cutter, and Fat burner.

It seems that Mr. Page (a.k.a Diamond Dallas) has taken the traditional yoga moves, switched the names on some of them, and then  slightly changed the moves. People that’ve tried traditional yoga might be a bit skeptical about this.

The thing is, he has taken the spiritual aspect out, and added his own signature moves.

DDP or Diamond Dallas Page, created a diamond cutter move performed by putting his hands together in a diamond shape and arching backwards. (See photo included in the article.)

It actually looked to us very similar to trademark sign that the singer Jay-z has been known for.

After some further research our team discovered that there is actually quite a long list of famous people throwing the “roc” and Mr. Page is number 10 on that list. As it turns out Diamond Dallas actually sued Jay-z back in 2005, won and claimed ownership of the sign.

Shipping can cost from $7 to $70 dollars, depending on your location and preferred time of arrival.

You can also choose to get a heart rate monitor for $69.95. The monitor is integrated with the program, and gives you all kinds of useful info at the end of the workout:

If you’re not happy with your alternative yoga program for any reason, you can return it in 30 days, no questions asked.

You can now connect to DDP Yoga by getting it from the App Store or Google play. There is a limited offer at the moment that gives you the app for free, to use for 3 months.

What you get is all the workouts, the older version of DDP Yoga, and live workouts added weekly.

This program is all about the attitude you approach it with, according to most people. If you decide to give it your all and really follow the program daily, you are sure to see results. Another thing to have in mind is, you won’t see real results until you start following the diet plan as well. This is why people actually lose so much weight.

What most people mind is the founders “in your face” attitude. A lot of them get uncomfortable around him and decide not to follow through on the workouts. Another thing is, having a person next to you to tell you if you’re doing the right thing is crucial, especially if you’re injured. So have that in mind.

When we first saw the official website, it looked a bit cheesy and over the top. Very similar in its presentation to most services that were competing in Shark Tank. The truth is, it does work for a lot of people.

First of all, it motivates them to get off the couch and start caring about their health. Some even take it further and follow the nutrition advice. To us it looked like an interactive game show, where you’re the viewer and contestant at the same time. It is quite entertaining, if you’re into working out in this manner.

The maker of this program has spent time and effort creating it. It might look corny at first, but if you decide to give it a chance, you’ll notice the workouts are done in a thoughtful manner. They have a step by step routine that builds up to a real workout. People have really lost up to 60 lbs with this program, but keep in mind they also took care of their proper diet. For a year.

Does it actually work? Many people will swear it does. Yet some remain drastically skeptical and wouldn’t recommend it to other people. Did it work for you? We’re hoping to find out in the comment section below. 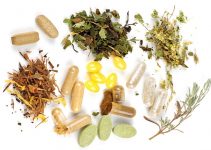 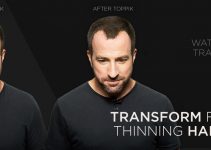